To take a break from the plethora of recipe posts I’ve been piling on you folks, I happened upon Honeybee in the City (almost wrote “Honey-Boo-Boo”…which I blame on Sir Paul, not actual viewing of the ridiculousness) and her fun little quiz. So, of course, I thought I’d take it! Nice change of pace.

If you’re a blogger, feel free to copy-and-paste. Oh, and write in the comments that ya did it! I’d love to see your answers…

1. What is the first thing you do when you wake up?
That depends upon which time you’re talking about. The baby wakes up anytime from 3:30am to 5:15am for his first “feeding” of the day (he actually goes back to sleep afterwards). Most of the time, I’m able to get back to sleep at this point, but since I have to grab my phone at that point to set the alarm (I charge it the rest of the night…then Dave’s goes off at 5:30…and mine goes off at 6…then the snooze button ensues), I will *once in a blue moon* check FB. But, most of the time I ogle the comfort that is QVC (or PBS, if something good’s on) until I fall back asleep.

Oh, and I use the bathroom at some point there, if ya must know. 😉

2. What is the 3rd picture on your phone? Share it! 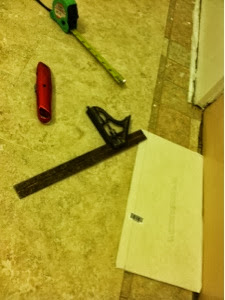 3. What TV show are you most excited about returning this Fall?
Eh, maybe just Parks and Rec. Otherwise, I’m excited for some new ones; we can’t believe it! Namely, The Michael J. Fox Show, The Goldbergs (I know! I’m surprised, too!), and a handful more. Oh, and I’m into the  new “Genealogy Roadshow” idea on PBS, although I’m not sure it’ll last.
4. What is something really popular that you secretly (or not so secretly) loathe?
Probably a lot of things. I’m not really into “current” music (it’s a miracle I could choose any current TV shows, honestly). Maybe just the general infectious entitlement that seems to have society in its clutches…that, I loathe.

I’m sure I’ll come up with something way better in the middle of a deep sleep….

5. Do you have any pets? Tell us about them! Bonus points for pictures.
Beardslee… 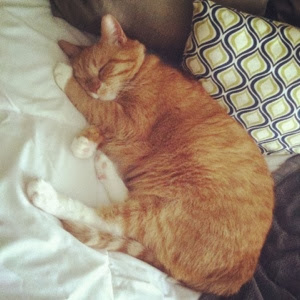 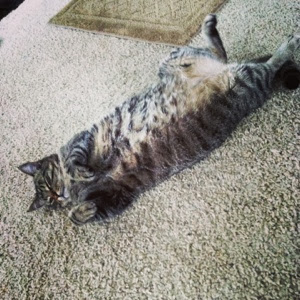 and, last but not least, Winston (aka WeeWee) 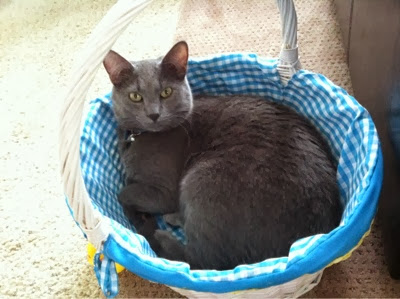 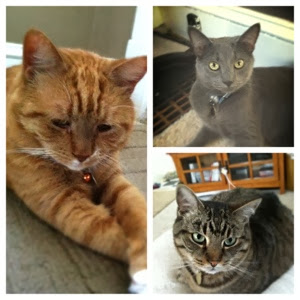 6. If you could put together one outfit that represents you perfectly, what would it be?

Thar she blows! I’d actually love to find coral flats like that (it’s by far my favorite color right now), but my favorite outfit *that I actually own* is a pair of skinny jeans (I know. I can’t believe I said that, either), a t-shirt or cami, a blazer (this time of year, a corduroy one or a more “professional” suit jacket will do…sleeves pushed up a la Don Johnson…again, can’t believe I just said that), my favorite super-high-but-not-super-tall brown riding boots, and a “statement necklace” of some sort. (Here, I’d do the coral shoes with the navy necklace, brown boots with the coral). Sometimes a scarf (neutral with texture or a not-too-crazy pattern) thrown in on chilly/need a shot in the arm days.

As if I’m into fashion! Psht.

7. What is your favorite adult beverage?
I so infrequently partake these days!!! So…any wine that doesn’t take itself too seriously (sweeter side, please!) or an amaretto sour. Beer, anything off the Ommegang list. But anything, as long as the baby’s down for the night.
8. What is your favorite guilty pleasure?
Dave says I should mention the occasional “19 Kids and Counting” viewing, but that’s like my QVC-watching; it’s really just there to have something “calming” on in the background. Generally, I’d say a handful of classic films that I watch again and again, and magazines that don’t make me think too awful much.
9. What are 3 positive words to describe you?
Intelligent, silly (I also take that as meaning “funny”), creative. Again, thanks for the help, Dave!
10. What is your favorite Friday afternoon/evening activity?
Not showering. Seriously, I usually shower every afternoon/evening when I get home only to find myself on a dead run to get dinner and everything else underway before the boys get home. Fridays, I tend to say, “Screw it, I’ll shower tomorrow morning like everyone else” and get a few extra moments to breathe, reflect on the past week, and do some cleaning so that I REALLY look forward to getting up (eventually) in the morning.
11. A day in the life: What does you typical day look like?
After the whole BFing wicked early thing, I finally get up a little after 6 to help get lunches together, the baby ready, and the boys out the door. I then get myself ready, grab breakfast, and eat it while doing my daily phone call with Mom. I head into work shortly after 8 (we’re technically supposed to be there at 8:30), then the day’s schedule depends on what day on our 6-day cycle it happens to be. Some are crazy busy and I have a hard time sitting down for a lunch while others allow me a “break” here and there to eat and shelve books and catch up on inter-library loans.

School’s over at 3:30, but like most of my colleagues, I stay until after 4. I generally get home between 4 and 4:45, feed the cats their snack, pump, shower, work on laundry, and get dinner underway.

The boys get home anytime after 5:30, at which time we play, have dinner (while a) listening to an old radio show or Pandora station, b) watching Wheel and Jeopardy, or c) just talking). Then, it’s Hadley’s kitchen sink bath time (still), followed by crawling up the stairs to hear our stories at 8 or so. He’s usually down by 8:30 or so, at which time Dave and I work on our own projects or catch up on stuff. We hit the sack around…eh, 10:30 if we’re lucky. Needless to say, it’s getting to feel later and later, LOL.

12. If you could live anywhere else in the world, where would it be?
England…or Canada…or Ireland. Y’know. England or some place that has been under its rule. (Although France and the Netherlands are up my alley, philosophically.) Stateside, some place like VT or western Mass.
13. You’ve got a whole day to yourself…what will you do?
Depends on what work I have to do!!! If nothing, there will be a constant stream of old movies on in the background (unless I decide to actually GO do something…ha, no) while I work on several writing projects. Wow, that sounds so boring.
14. Dream job?
Writing. Or acting. Or singing. Or puppy hugging. But something that Hadley could tag along for would be sweet.
15. Least favorite chore?
Hmm…I don’t LOVE many chores, but I guess there’s nothing so bad I won’t do it. Maybe…oh, yes, garbage. Dave’s my garbage man, and I love him for it.
16. When do you most feel like a rock star?
When all the books on the library cart are re-shelved. Or when Hadley sleeps the whole night through. Or when I wake up thinking, “Aw, crap, it’s Sunday” only to realize…yep…it’s totally Saturday.

17. What is something you are currently trying to improve within yourself?

Finishing what I start, allowing myself more time for creative projects (tough one) and not beating myself up quite as much.